Drinking in the very best that Montreal’s multicultural Mile End has to offer, Chaimie and Leizer, best friends and debating adversaries, tackle life, love, and lactose intolerance in this foodie centric web series done entirely in their grandparents’ Yiddish.

I helped YidLife Crisis execute a branding model that would best package and represent their brand both online and on the festival circuit. Responsibilities included video editing and color grading on episode footage, logo and poster design, a bilingual website design, promotional banner designs for social media and events, a funding campaign website, a demo reel, and an interactive DVD menu.

YidLife Crisis has been nominated for 4 Canadian Screen Awards, showcased at the 2015 Just for Laughs comedy festival, and was named best comedy series at the 2015 Toronto WebFest. The series has accumulated over 2.5 million video views and has featured talent from Howie Mandel and Mayim Bialik.

If Seinfeld had taken place in Montreal instead of New York and been in Yiddish instead of English, it would have been YidLife Crisis.

Renee Ghert-Zand, The Times of Israel

The first modern Yiddish sitcom..."Yidlife Crisis" has been a long time coming. 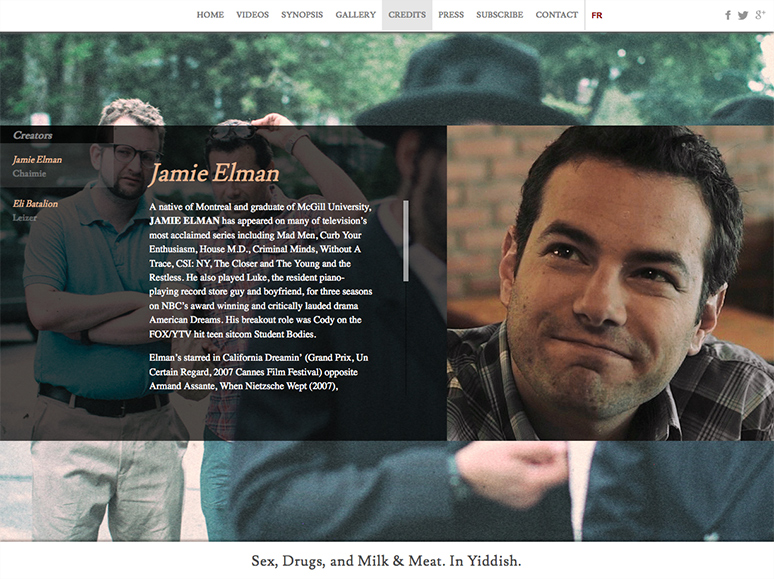 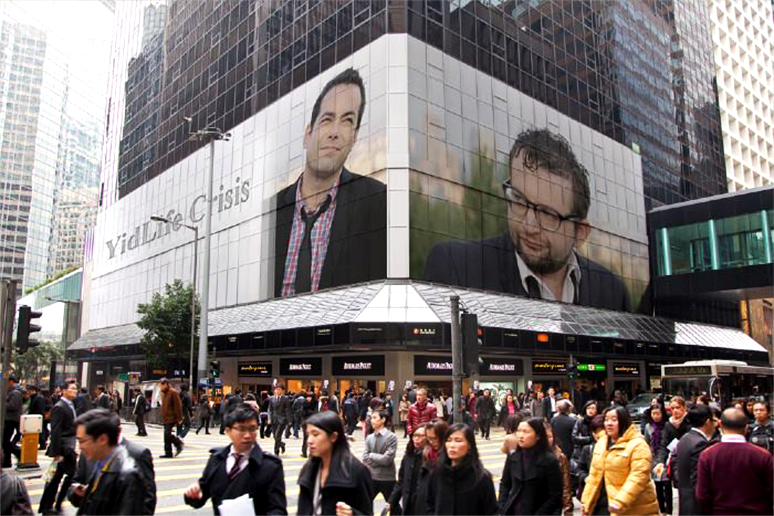 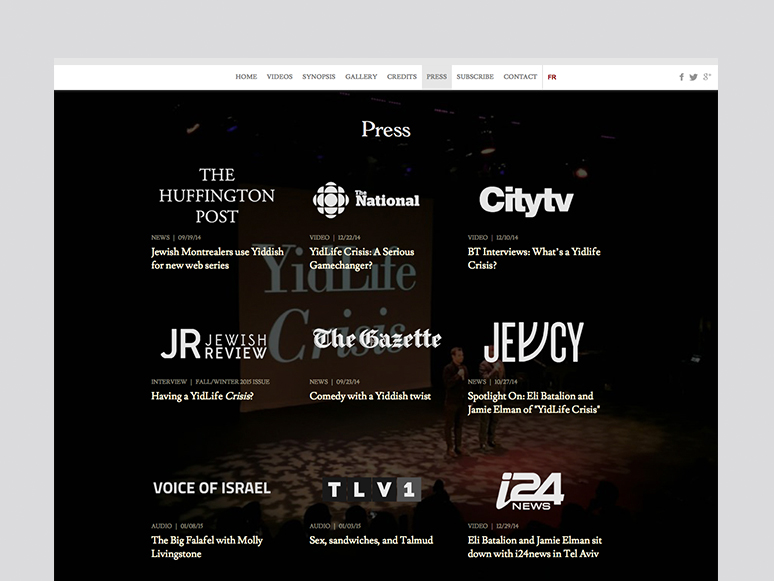 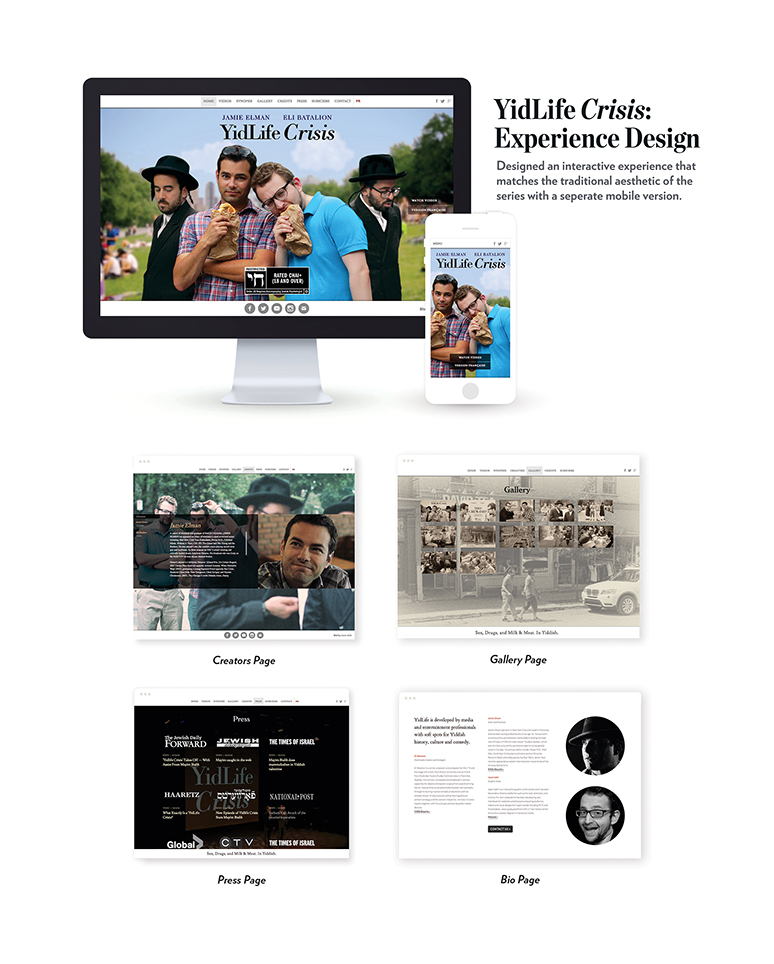 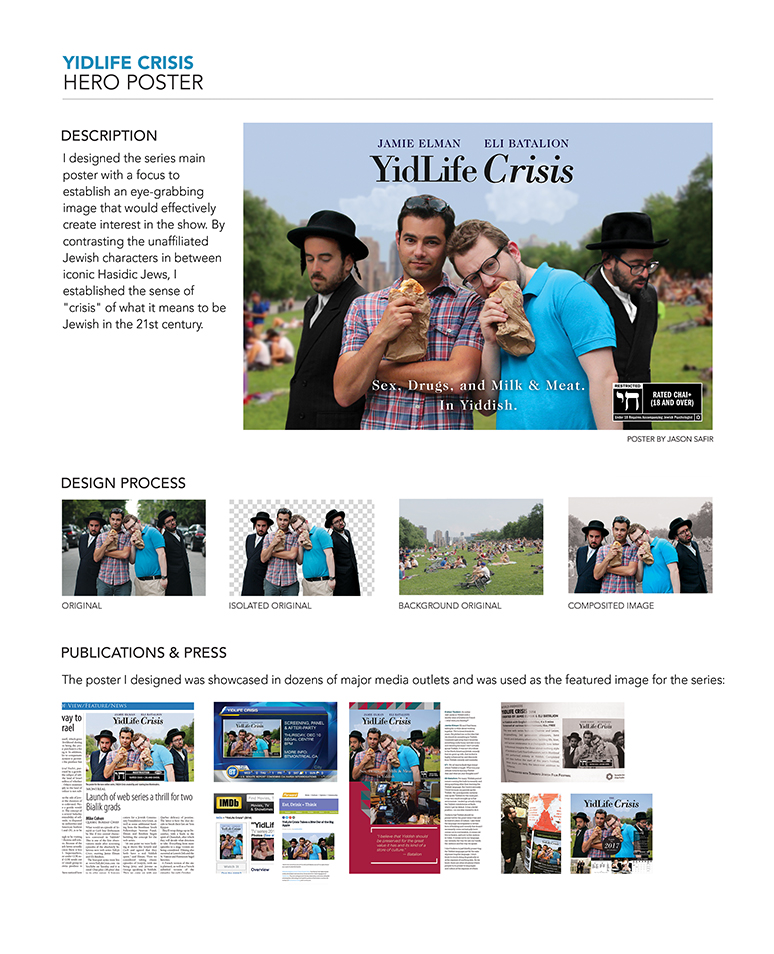 2015
Just For Laughs
The Ethnic Show